Marijuana rehab is intended to help people develop the ability to resist and cope with the triggers that instigate the person to indulge in abusing marijuana. This is deemed necessary to avoid relapse and falling back into the similar exercise of drug abuse if subjected to favourable situations.

Marijuana can be difficult to recover from, but with enough determination to step towards a healthy life, things can change instantly. Marijuana is often believed to be a drug that is organic and relatively safer than other drugs. It is considered to be not as addictive as heroin or other substances.

Contrary to these notions, it has been found out that 9% of the users develop addiction towards marijuana if the consumption quantity is not curtailed initially. Marijuana has the tendency to impact the processing of the brain and shutting down the receptors.

Addiction is developed when the brain is no longer able to function without the availability of marijuana. This necessitates the marijuana rehab so that the person can regain the control of the brain and start coming back towards normal life.

When Is It Time for Marijuana Rehab?

Contrary to the claims made by marijuana users that it is safe and harmless, marijuana can lead to severe consequences if it is not treated in time. The symptoms which denote that the person in question is need of rehab intervention start off with an increased tolerance towards the drug that coerces the person to increase their consumption dose.

When the person starts neglecting its obligation and begins to spend funds on acquiring marijuana instead of household necessities, it means that they should be subjected to marijuana rehab.

What Does Marijuana Rehab Entail?

Marijuana is amidst the controversy if it should be legalised or not. However, in the contemporary setting, people who are enrolling in the marijuana rehab programs are the ones who have been using the drug for past ten years and have frequently indulged in attempts to quit its usage. The statistics state that marijuana-related death rate has tripled in merely one year, and the abuse is escalating with every passing day.

The rehab program for marijuana addiction has therapy as its cornerstone. It is reported that the objective of marijuana rehab is to proffer the individuals with the ability to develop resistance towards the drug and its related triggers. This is attempted with the core purpose of diminishing the relapse rate.

The therapy in the marijuana rehab provides education pertaining to problem-solving skills and coping with situations that often lead towards marijuana ingestion. The purpose of marijuana rehab is to provide the people skills related to lifestyle management and construction of a satisfying life that is sans dependency on any drug. The therapists aim to proffer lessons on drug refusals and changing attitude towards the drug temptations.

Aside from individual attitude-changing therapy, there are other alternatives that are also offered in the marijuana rehab. They entail sessions of physical activities and group counselling where people can meet others who are struggling with a similar problem.

Physical activities are a part of the therapeutic sessions that make people learn how to distract themselves from the triggers and maintain a healthy life. As the statistics mention, people who are going to marijuana rehabs are the ones who have been in the drug consumption practice for ten years and have already tried multiple times to quit the abuse.

This denotes how difficult it can be for them and what sort of dysfunctional challenges they have been facing. The in-patient program offered by the marijuana rehab can sufficiently provide these individuals with structure as well as security in life. 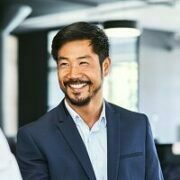 Ruben Pitman
My name is Ruben Pitman. I learned that there are many ways to improve your physical health. We created this website to share what I've learned with other people.

Get a Hollywood Smile and Watch Your Life Change Today